One: Avoid Allergic Reactions from Pollen, Smoke and Pet Dander 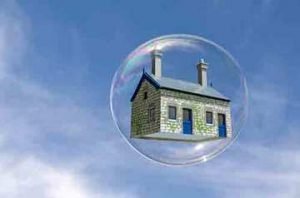 Many of our customers have chronic allergy symptoms caused by air contamination in their homes. One of the best ways to remove allergens from a Chicago home’s environment is with an ultraviolet air sanitizer.

This device is a part of a home’s climate control equipment to clean the air before it is heated or cooled.

An ultraviolet light can destroy common household allergens such as plant pollen, cigarette smoke and pet dander to help prevent reactions such as sneezing and coughing.

As the ultraviolet air sanitizer’s lamp destroys allergens, the systems collect the pathogens in a filtering system to keep a home’s air cleaner and fresher. Contact us to learn more about installing an ultraviolet air purification model that removes allergens from the air inside a home.

Many of the homes that our heating and cooling experts visit have unpleasant odors caused by mold growth or cigarette smoke. An ultraviolet air sanitizer device suctions air through its system to destroy tiny particles that cause odor inside a home.

Having bad odors inside a Chicago home is a symptom of contamination from mold spores or mildew growth. Instead of spraying air fresheners to mask nasty odors in a home, install an ultraviolet air sanitizer system that eliminates the particles that create bad smells.

By removing the bad odors from a home’s air, its wall-to-wall carpets, upholstered furniture and draperies also remain fresh and clean.

Three: Destroy Viruses and Bacteria that Cause Illnesses

Medical facilities have used ultraviolet air sanitizer systems for many years to reduce the spread of bacteria and viruses that cause illness. It is also easy to remove pathogens from a home with an ultraviolet air purification device.

When a furnace or air conditioner pulls air inside a home, it contains contaminants that cause illnesses such as influenza and the common cold.

With an ultraviolet air sanitizer device, pathogens are destroyed by a lamp that uses a specialized wavelength. As the pathogen’s ability to cause illness is eliminated, the purification system suctions the bacteria and viruses into a filter to keep a home’s environment healthier.

If someone inside a home is coughing or sneezing, then the ultraviolet air sanitizer also suctions in the expelled contaminants to help prevent the spread of contagious illnesses.

Indoor Air Quality (and How to Protect It)